"If you want to understand today, you have to search yesterday."  - Pearl Buck

History of the 24th of July 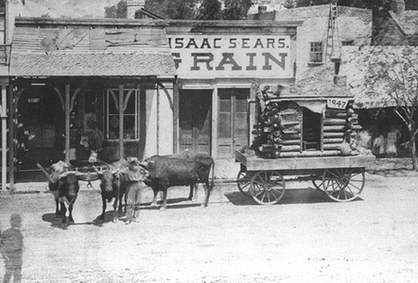 The first company of Mormon pioneers, led by Brigham Young, officially entered the Valley of the Great Salt Lake on 24 July 1847.  Mormon pioneers first celebrated this anniversary in 1849.  Pioneer Day (also called Covered Wagon Days, Days of `47, or simply July
24th) has grown into one of the largest regional celebrations in the United States.  One of the top five largest parades in the United States occurs on July 24th in Salt Lake City and ends at Liberty Park.


Pioneer Day is celebrated as a birthday, an independence day, and a thanksgiving day:

-     As a birthday, it celebrates the anniversary of the Pioneers in the Salt Lake Valley.

-     Because the LDS Pioneers had to leave their home and cities many times because people stole their land and burned their homes (and the government didn’t help them very much and sometimes actually were part of the groups that hurt them), they were grateful to get to a land that did not have homes already built.  They were able to be independent (not needing other city or state governments to be involved) they could create their own city and regional government.

-      The 24th of July is always considered a time of thanksgiving for members of the Church of Jesus Christ of Latter Day Saints (LDS) and for Utahans of other churches or beliefs who are grateful to live in this beautiful state.

Nowadays Pioneer Days doesn’t just celebrate the Mormon (LDS) Pioneers, it celebrates cultures and communities of all kinds, who have had the courage to begin new things and to be pioneers in their own lives!